Clearwater, Fla. – The city of clearwater is sorting through a big mess after finding out they haven’t been recycling anything since the summer. All bins filled with recyclables went straight to the dump.

City officials said they were made aware of community discussions happening on the social platform Nextdoor in October about whether the city was recycling or not. The city manager’s office asked about the complaints, but the solid waste department assured recyclables wee properly being processed.

A month later, the city said they received a letter from Waste Management, its recycling processor, saying they wouldn’t be accepting recyclables from them, because they hadn’t gotten anything from them since June 2022.

In December, the city got an employee complaint that they were not recycling, according to Clearwater officials. After investigating further, the administration found out that no recyclables were taken to Waste Management for processing since June 2022.

All items that were supposed to be recycled were taken to the Pinellas County Solid Waste Disposal Complex, city officials said. The solid waste department gave reasons varying from staffing issues to equipment failure, the City of Clearwater said.

The city administration confirmed they weren’t briefed on the situation or brought in to troubleshoot possible solutions. They also said the public was not made aware of the change. 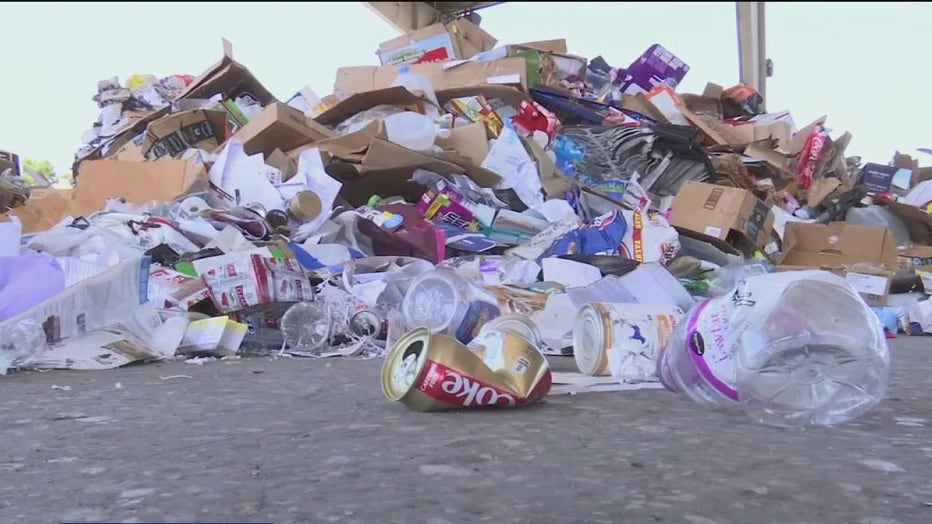 “It’s been at least six months since we’ve been recycling, which is unacceptable,” Joelle Castelli, the City of Clearwater’s public communications director, said. “Our residents have put their trust in us to take their recyclables and process them properly. And we do that with waste management. And we have not been holding up our part of the deal.”

“The City of Clearwater has professed to be stewards of the environment. Our actions as stewards of the public’s money spent on our recycling program has not matched what we said, we stand for and that is not acceptable. We have also not been open and transparent with our residents.”

Moving forward, the short-term solution is taking recyclables to Waste Management for daily processing, at a much higher price. In the long term, city officials said they are working to find a more affordable and sustainable solution.

The city has also encouraged everyone to cut back on how much they’re throwing out, make sure to recycle properly and keep trash out of that bin. Clearwater has found that about 30-50% of their recyclables are contaminated, which costs taxpayers in the long run.