Paris (France), Sep 11, 2022 (SPS) Activist Sultana Khaya took part in the annual forum of associations organized in the 15th arrondissement of Paris, in the presence of more than 250 organizations for human rights, international solidarity and culture and the Sahrawi community established in France.

The stand reserved for the Sahrawi community had a large presence of visitors who came to welcome the head of the Sahrawi League for Human Rights Sultana Khaya who was accompanied by the member of the National Secretariat and representative of the Polisario Front in France, Mohamed Sidati, as well as other personalities.

Ms. Sultana Khaya was warmly welcomed by the Sahrawi community in France. She declares that “she came to sensitize public opinion on the reality of the daily life of Sahrawis in the territories occupied by Morocco, in particular those who dare to claim the right of their people to self-determination”.

Sultana Khaya, who has lived the experience of repression and human rights violations in Western Sahara, calls on France to play its role in the defense of human rights and international legality in the last colony in Africa.

The strong presence of the Sahrawi community in France at this event reflects the commitment of Sahrawis in the diaspora to raise awareness in French circles about the struggle led by the Sahrawi people for more than four decades for their inalienable right to self-determination and to independence.

It should be recalled that the activist Sultana Khaya was received on Friday at the headquarters of the Polisario Front representation in Paris by the representative, Mohamed Sidati and his collaborators, in the presence of the Association of Friends of the SADR (AARASD) and the activist of human rights, Mrs. Claude Mangin wife of the Sahrawi political prisoner; Ennaama Asfari. 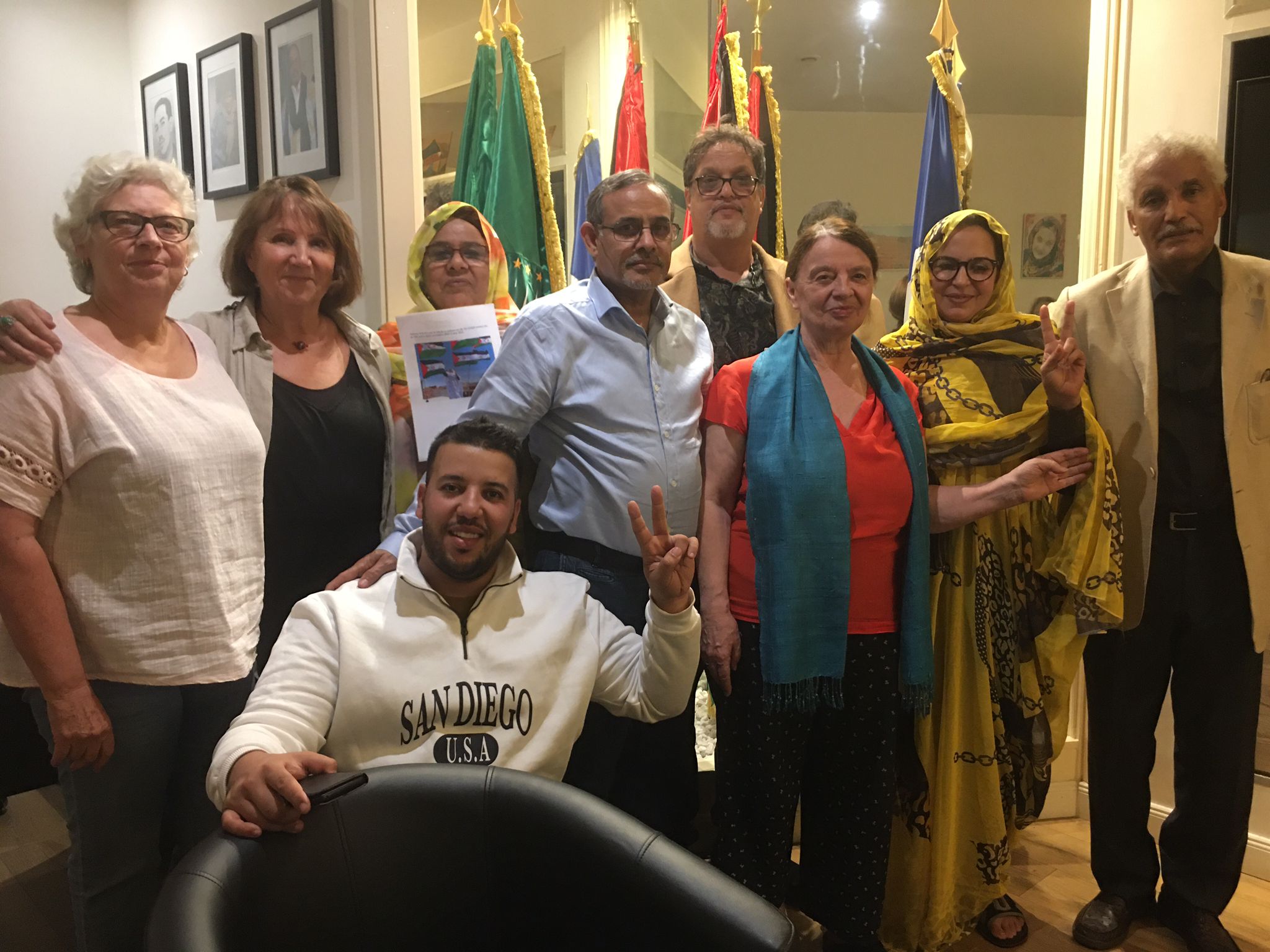